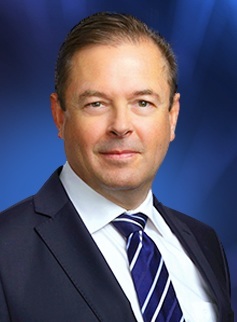 Dr. Gordon O’Neill graduated from the University of New South Wales in 1987 and spent his undergraduate and immediate post graduate years at St Vincent’s Hospital. He obtained his FRACS in Urology in 1995 and was awarded the Travelling Fellowship to the Institute of Urology, London in 1996. He has been a VMO in the Department of Urology at St Vincent’s campus since 1997.